In 2020 Jim Shore gives us a new Disney villain to add to our Disney Traditions collection. From the animated movie, The Sword in the Stone, this Madam Mim figurine stands 19cm high. On her dress, the illustrations show her in the various guises she adopts in magical combat with her nemesis, the wizard Merlin.

Madam Mim first appeared in the Walt Disney animated feature film, ‘The Sword in the Stone (1963)’, as the Wizard Merlin’s evil counterpart. She also turned up in the Duck Tales Comics and Mickey Mouse Comics. She had cameo appearances in the television series ‘The House of Mouse’.

Shipping is free in the UK for this figurine but please note a charge will be added to all International orders to cover shipping costs.

If you purchase more than one item it may be possible to reduce shipping costs by sending them as one consignment.

The Sword in the Stone Figurine

Reserve your copy for only £10. Reserve fee is not refundable.

Outstanding charge of £45.25 will be required to be paid before the item is shipped

Please read our terms and conditions for more details. 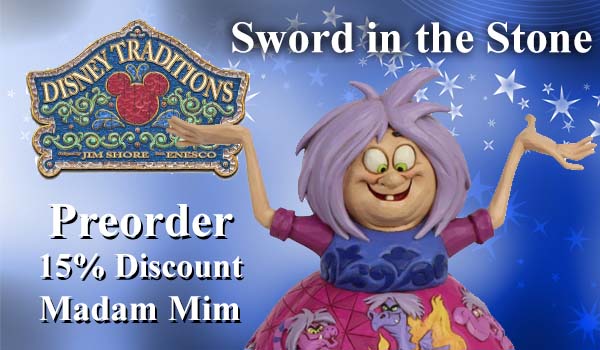 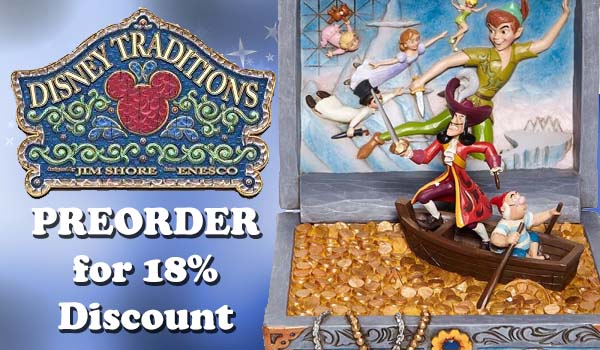